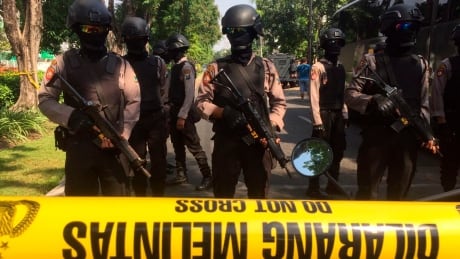 Three attacks including one by a suicide bomber disguised as a churchgoer targeted three churches in Indonesia’s second largest city of Surabaya early Sunday, killing at least three people and wounding more than 10 others, police and media reported.