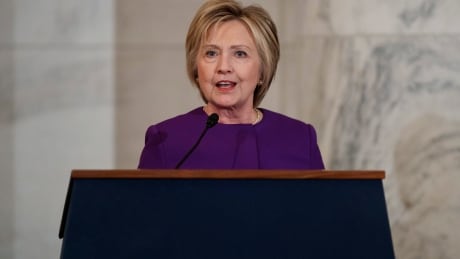 Former Secretary of State Hillary Clinton called “fake news” a danger that must be addressed quickly, in a rare public appearance on Thursday, a month after she lost the presidential election in a campaign marked by a flood of such propaganda.