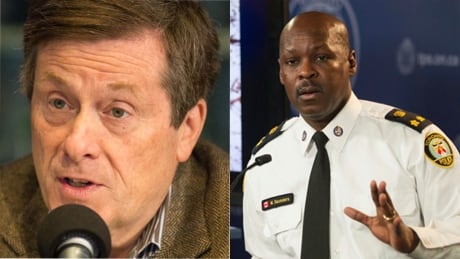 Toronto’s police chief says a professional standards investigation has been launched after an officer wrote a scathing letter accusing Mayor John Tory of being a direct contributor to the city’s gun violence.